Kasasa In The Community: Taking A Page From Our Clients’ Book

We love to talk about the ways our clients support their communities. Locally owned banks and credit unions are a major force for good in our country. In fact, they serve as a major inspiration for our company and employees to do the same. Whether it’s donating supplies to local schools, food to local food banks, or helping child abuse victims, we’re always looking for ways to spread the Patch Value of Love to anyone who needs it. Here are three of the ways that Kasasa gives back.

The Center for Child Protection is a nationally accredited children’s advocacy center and the only non-profit in here in Travis County involved in the investigation of crimes against children. For more than 25 years, the Center has been the first stop for children in the Austin area who are suspected victims of sexual abuse, physical abuse, neglect, or have witnessed a violent crime. 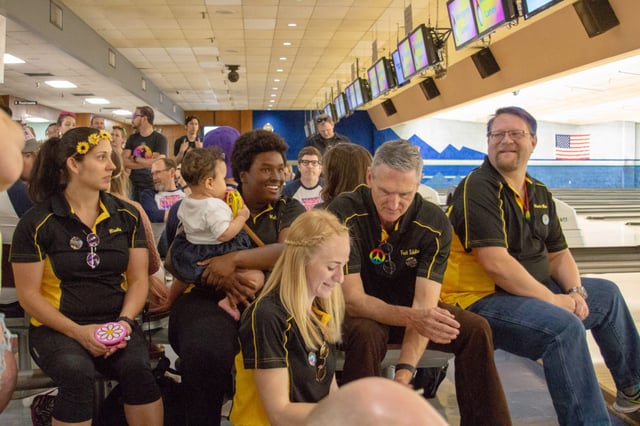 Kasasa is a regular participant in The Austin Cup Bowling Tournament benefiting The Center for Child Protection. In fact, Kasasa has won first place in the tournament for eight years running. But of course, it’s not really about winning, but about the money raised. In 2018, Kasasa employees donated more than $16,500 dollars to The Center for Child Protection — more than any other company that participated.

Kasasa employees also redeem YouEarnedIt points (a form of social currency used to recognize and reward people within the company) for donations to The Center for Child Protection.

Kasasa encourages its employees to self-organize around topics of interest such as gaming, or broader purposes such as pet shelters — these are called BarCamps. Most recently we established the Alphabet Soup BarCamp to promote inclusion, awareness, and education about the LGBTQ+ Community within Kasasa and the greater Austin community. 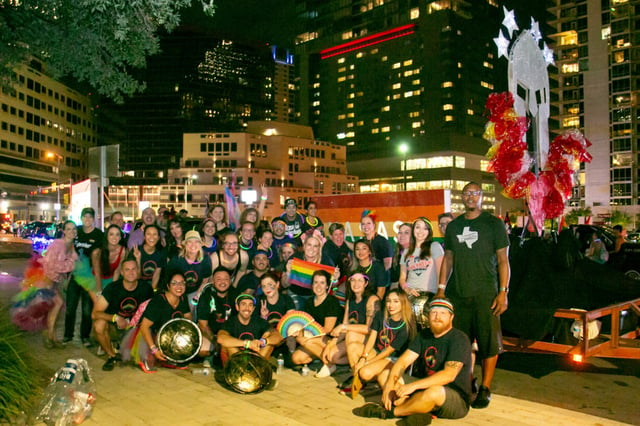 Alphabet Soup hosts events throughout the year that raise money and bring awareness to the LGBTQ+ community and involve employee participation to create a sense of comradery amongst employees while embodying the Patch values. They have also participated in Austin pride events, such as the 2018 Austin PRIDE Festival and Parade.

What started as a natural outpouring of financial support for a receptionist who had her purse stolen from the front desk of the company has turned into a full-fledged committee that distributed more than $60,000 in the first half of 2018 alone.

The Love Fund was established by employees to put the Patch Value of Love into action, helping colleagues who need our support. This program is funded by voluntary payroll deductions matched dollar for dollar by Kasasa. The Love Fund also receives the proceeds from charity events, raffles, and equipment auctions.

The fund is intended to help employees or friends of the employee’s family that find themselves facing hard times. Whether it’s a death in the family or a medical emergency that brings unexpected costs, Love Fund dollars are used to help the people we love through tough times.

Tell Us About Your Community Efforts

We’d love to hear about the work your organization is doing on behalf of your community and your employees. Head over to Facebook, LinkedIn, or Twitter to tell us about it (send pics!).

Being a Better Company Means Taking Better Care of Each Other

8 Ideas To Improve Your Company Culture