Cheap Ways To Watch The Game If You Cut Cable 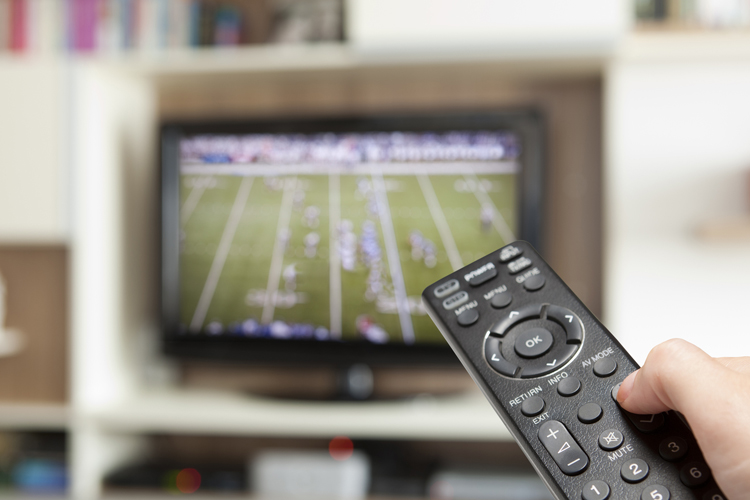 You might have been hesitant about ditching cable. But, after seeing how much money you’ve saved, you realized it’s one the best things you’ve done for your budget, right? Then football season arrived; now you’re missing the easy access to the pro and collegiate games you want to watch. Fortunately, we have some creative fan-tested solutions to help you get your game-day fix.

If your television isn’t outfitted to receive network TV signals, the first thing you’ll want to do is invest in a digital antenna. This will allow you to access all the over-the-air matchups. You'll find most pro games on NBC, FOX, and CBS, with the exception of Monday Night Football, which is confined to ESPN. You can even catch a limited number of NCAA games on ABC, CBS, and FOX, including a selection of bowl games.

Whether you want football on the go or you don’t own a television, you’ll find more streaming options than ever before. For example, for the first time ever, Twitter will stream 10 Thursday Night Football games. If you are already a Verizon subscriber, you'll want to download NFL Mobile, which now offers live streaming of select games. And for the past two years, CBS has broadcast the Super Bowl live on its website and through its mobile app. FOX will carry the Super Bowl in February, so stay tuned for streaming details.

If you absolutely must have those college and professional games, there’s an option to access ESPN that’s cheaper than cable. Sling TV allows you to stream up to 20 channels, including ESPN, for around $20 per month. Because this is a month-to-month service, you can quit when football season is done without any hassle. Right now, you can get a free device that will allow you to stream the games on your TV if you pre-pay for three months of service. Also, for $100, you can subscribe to NFL Game Pass, which allows you watch and re-watch all of the season's matchups. But in most cases, you can't get access until the game is finished.

Now that it's so easy to save money and still enjoy the game you love, cutting cable feels even better.

Budgeting tips for buying a car

Get your finances in shape in only one afternoon