Whether you shop too much, save too little, or have massive amounts of debt to pay off, setting a financial New Year’s resolution is a healthy way to ring in the new year and better your life.

According to a WalletHub survey, 97 million people have decided to make a financial resolution for the new year, with the top two being saving more and repaying credit card debt. We wanted to delve into the psychology behind resolution-making and give you some inspiration for setting resolutions you can actually achieve.

Having financial freedom is a goal anyone can get behind, so creating financial resolutions for the new year is smart. If you can stick with them.

But can a vow made in January really change your habits by December? Psychology says the answer depends on whether you have a fixed or growth mindset, terms coined by Stanford psychologist Caroline Dweck in her research on human behavior.

Let’s break this down. Having a fixed mindset means that a person believes their personality and abilities are fixed traits that can’t change over time. Someone with a growth mindset believes those traits can change and sees failure as an opportunity to learn and improve.

Our level of self-efficacy, or belief in our own ability to achieve a goal, also plays a role. Research has found that people with a growth mindset in regard to their own self-control and a high level of self-efficacy are more successful in sticking with their New Year’s resolutions and permanently changing their behavior.

5 tips for creating financial (or any) New Year’s resolutions

Okay, so now we know winning at New Year’s resolutions boils down to our mindset about our own abilities. But not all resolutions are created equal. Some are more difficult to achieve than others, so it’s important to think about these things when you’re making your financial resolutions for the new year:

That resolution to become a millionaire by the end of the year is admirable, but is it really attainable? Breaking down your resolution into bite-sized chunks will make it way easier to accomplish.

Say you want to stop eating out and start cooking more. Start with a resolution to cut out restaurants just during the week. That lets you save money Monday through Friday, while still giving yourself some breathing room on Saturday and Sunday if those Olive Garden breadsticks become too tempting.

WalletHub’s survey found that almost half of people planning to make resolutions in the new year expect to keep their resolution for just six months or less, with most citing laziness as the resolution-killing culprit.

Having set tasks helps you avoid resolutions that are too lofty (see tip #1) and gives you a realistic view of how to make what you want happen. The trick is to create your plan before the new year starts. If you wait until later, there’s a good chance that laziness will stop you before you even have a chance to get started.

Everything is easier with a friend. Creating resolutions with someone else means you’ll have someone to check in with and hold you accountable for your progress.

Add some extra motivation for both of you to accomplish your resolutions by making it a competition. Who can have the most in savings by the end of the year? Who can shop with a credit card the fewest times in a month? Competing for bragging rights is a good way to spice up your resolutions and have fun achieving them.

We all need encouragement to stay motivated. Keep your spirits up by celebrating the incremental wins you achieve all year long on the path to your full goal. For example, if your goal is to put $1,000 in an emergency fund over 12 months, commemorate each $83 monthly deposit by doing something you love that doesn’t cost money, like going for a hike or taking a bubble bath.

What is it about saying the word “never” that makes us want to immediately do what we said we’d never do? Do yourself a favor and avoid framing your resolution in absolutes.

For example, saying “I’m only going to drink coffee made at home” gives you no wiggle room for those days when you need an indulgent pick-me-up. Framing it as “I’m going to cut down my coffee expense by only getting it once a month” gives your resolution specificity and a plan to make it happen.

Financial resolutions from the Kasasa team

Just in case you’re having trouble coming up with your own resolutions, we rounded up a few from the Kasasa team to help you get inspired:

"Mine is to actually maximize my retirement contributions next year. I have a 401(k) and an IRA, and I’d like to max on both. It’s a big deal because I am turning 50 next year, so making sure I am set up for success for retiring is more important than ever." 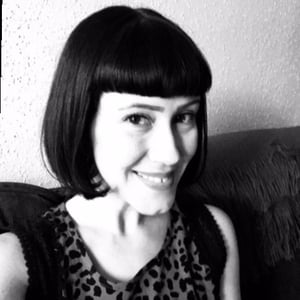 Resolution #3: Cut back on spending. 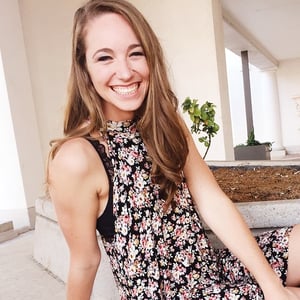 "I'm committing to a “no spend” day once a week! (Let's see how well this goes!) I'm going to make Monday the day for that. And I’m starting this Monday because why not start early?" 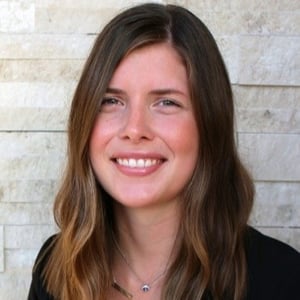 "I plan to schedule out and complete preventative home repairs throughout the year. I bought my first home in August, so I want to make sure I’m maintaining my investment (and keeping a roof over my dogs’ heads)."

As always, keeping up with the Kasasa blog is a great way to find tips for bettering your financial health. There are also some great books on personal finance you can read and influencers you can follow to hear advice on everything from paying off student loan debt to creating a will.

Have a financial resolution? Post it on social media and tag @askforkasasa — we (and your followers) will help you follow through!

How to save for retirement: the accounts you need to know

Why bank local? 5 ways it's better for you (and your community)