Be proud of your money.

We believe in banking smarter by banking local.

Where did the name Kasasa come from?

When we decided to create a new banking brand for our awesome checking accounts, savings accounts, and loans (all of which are only available through community banks and credit unions), we took a lot of care choosing the perfect name. Kasasa is a new way to bank that gives back to account holders in valuable ways, so “Amazing Checking” just wasn’t going to cut it. We needed a name that would break through the clutter and give people a reason to take notice.

Despite what you may think, the word “Kasasa” wasn’t the sound we heard when someone sneezed — it was actually something we thought about for a long time and consciously chose. And, yes, it’s true that a lot of people think it’s kind of silly when they first hear it, but then they start to have a lot of fun with it. You have to admit that it’s fun to say!

What Kasasa stands for

Besides being a catchy word, Kasasa is a philosophy.It’s a belief that you should get something back for entrusting a bank or credit union with your money. It’s a belief that you should be inspired by accounts that benefit you the most, and services that give you complete control over your financial life. We strongly believe that banking shouldn't just be a necessity; it should help you make the most of your hard-earned money, and that’s what Kasasa is here to do.

What we kept in mind during the brainstorming process

We wanted the new name to:

Contenders that didn’t live up to the brand essence

During our naming brainstorms we came up with a LOT of names. Here are just a handful of the top contenders that ultimately did not live up to the essence of our brand as well as "Kasasa." Note that some of these names may now actually be brands and companies, and some may have been during our brainstorm since we didn’t rule anything out initially so that we could get a lot of ideas.

Kasasa was the grand champ

Kasasa won for many reasons: It is very unique, can take on our own meaning, it has good rhythm, could easily be a verb or noun, and is a lot of fun to say.

No matter your specific needs, Kasasa and our national network of community financial institutions are here to help you get your finances in focus, and to be proud of your money. 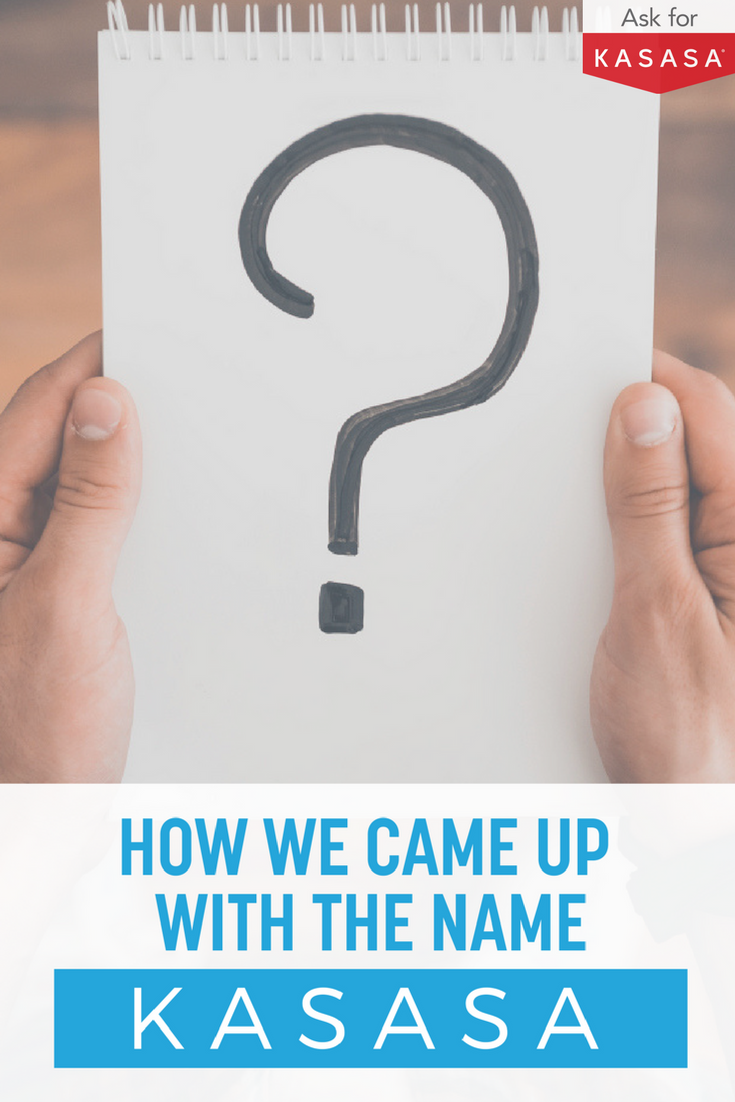 What is your net worth?

Can you open a checking account for your child?

We believe your money should do more... for you and your community. Founded in 2003, Kasasa is a financial and technology services company working to help empower consumers to take control of their finances and be proud of their money by banking locally with community banks and credit unions in your neighborhood, that you know and trust.

These local institutions have roots in their communities, care about people over profits, and are actively invested in local businesses to help keep the economy strong (unlike some of the megabanks we could name).

We believe you shouldn't have to choose between the best banking products, the best customer experience, or keeping your money local, where it can do more good. We've created ethical banking products and partnered exclusively with community banks and credit unions. So you can have it all.

Kasasa accounts are available at community financial institutions around the country. Find one near you at Kasasa.com to get free checking that pays cash rewards, the only loan with Take-Backs™, and more. All while keeping your money in the community, so you can always be proud of your money.