Episode 1: It's Time to Take Back Banking.

There is a crisis looming in the form of an evaporating funding pool. Deposits might not be a strategic goal today, but increased competition and changing preferences of future generations could mean that by the time you need them, it's too late. Look at the age distribution of accounts and a picture becomes obvious: the time to address the issue is today.

To better understand what age distribution at community banks and credit unions looked like we took a sample of 29,000 accounts from non-Kasasa community financial institutions.

Not just age, but balance too.

Of course, we know that not all accounts are equal. Some members or customers carry higher balances than others. As it turns out, there is often a correlation between balance and age. Value Penguin found the following breakdown for savings and checking accounts.

If you combine the checking and savings account value, you'll have a complete DDA average balance for the respective age groups.


In our dataset of 29,000 accounts, we found similar results.


From here we can see that while account holders aged 60+ might only constitute 35% of accounts, they hold over just half (50.38%) of the deposits. Consumers over the age of 75 held 24.22% of deposits. This means there is a very real chance that you could lose a quarter of your funding within the next four years. 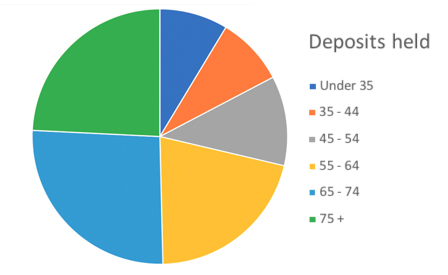 Are you growing quickly enough?


Let's pretend you have 3,500 account holders and that your age distributions roughly mirrors the average. That would mean you have 297 account holders over the age of 75. Based on the 11-to-1 ratio outlined above, you will need to attract 3,272 new accounts in the next four years.

What about wealth transfer?

Of course, there is an expectation that as your account holders mature they will gain wealth or inherit some of the unused funds. Will it be enough?


Time will tell, but many factors suggest not. 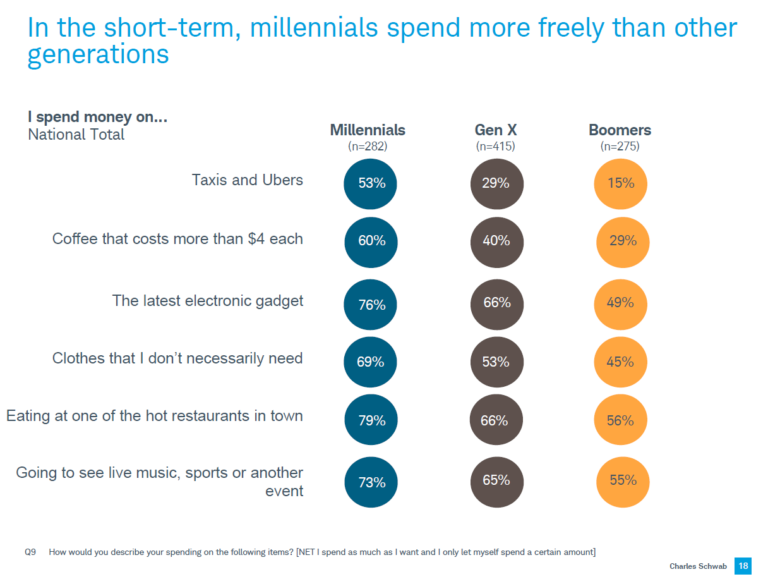 Don't count on CDs either

Another traditional funding source seems to be evaporating: certificate of deposits. BankRate did a survey in 2014 and found that of respondents between the ages of 18 and 29, 69% weren't familiar with CDs and 94% had never put money into CDs.


What can you do?

To attract younger audiences, you have to offer the products/services they want and then market to them effectively. Fortunately, we've done extensive research into how this audience shops and you can get it for free.


Get the Complete Millennial Study.