Are You Marketing With CSR? The Power of Corporate Social Responsibility

Consumer expectations are forcing businesses to evolve. It used to be enough for a business to provide a good product, but then consumers began to wonder how their product was made, and their demands for both transparency into the manufacturing process and materials and responsibility increased. Businesses now needed to demonstrate that they caused no harm during manufacturing. By extension, as businesses grew to have market caps that rivaled the GDP of small nations, consumers expected brands to do societal good with their profits.

In marketing, this idea of doing communal good is called corporate social responsibility (CSR), and it is an expectation that consumers don't limit solely to the largest brands. According to Horizon Media's Finger on the Pulse study, 81% of millennials expect companies to make a public commitment to good corporate citizenship.

Let's look at some examples of CSR in action.

In 2016, pro football athlete Colin Kaepernick became a controversial figure when he decided to kneel during the national anthem as an act of protest against racial injustice. His actions sparked a movement and soon many players, even whole teams, were taking a knee. In 2017, U.S. President Donald Trump called for the firing of players who refused to stand during the national anthem. Many called for a boycott of the NFL and ticket sales dropped by 17%.

Colin Kaepernick would not be signed for the 2017 season, and many people concluded that he was being blacklisted due to his actions and the resulting controversy.

People were shocked when Nike decided to embrace Kaepernick by making him the face of a new campaign. The campaign slogan: "Believe in something, even it means sacrificing everything." 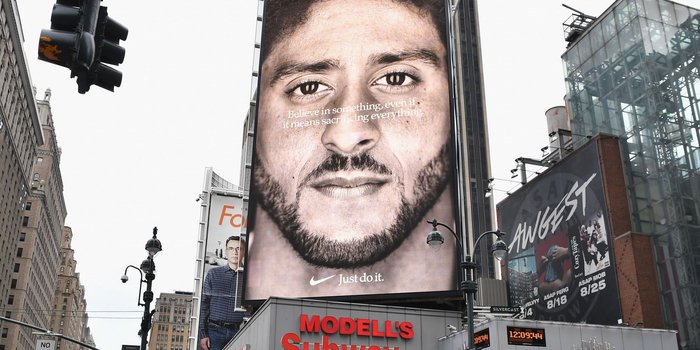 Experts believed that this marketing move would cost Nike just as it cost the NFL. Yes, there was some immediate controversy and pushback, but the gamble paid off. Online sales jumped 36%, earning Nike $6 Billion.

At the end of 2017, President Trump issued an order reducing the size of two national monuments in Utah by nearly 2 million acres combined. Patagonia responded with a complete revamp of their website – no products, just one message. 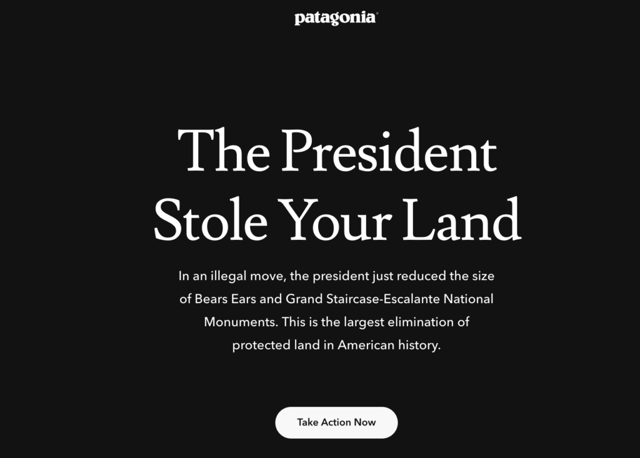 What used to be public land would be transferred to corporations for logging and drilling. Patagonia responded by explaining the impact of this order. They had illustrations showing the new size of these parks, links to groups to support, and instructions on how to add your voice to the protest.

This action strongly aligned with their brand's position to help protect the environment. In fact, the two parks in question were often used as testing ground for Patagonia's gear. They knew that their audience would likely also be against the president's decision. Patagonia was also confident in taking a political stance because it had paid off for them in the past. In 2011, a campaign drawing awareness to the damages of consumerism called "Don't buy this jacket" resulted in a 30% increase in sales.

Not all CSR campaigns are a success. 2016 played host to a series of protests in the Black Lives Matter movement. A photographer at a protest in Baton Rouge captured a photo that would be called "Taking a Stand in Baton Rouge." It was an image of Ieshia Evans being arrested by police officers dressed in riot gear during a protest. It went viral and was compared to "Tank Man" of the Tiananmen Square protests.

The following year, Pepsi launched a video on YouTube. The video opens with celebrity influencer Kendall Jenner at a photo shoot, wearing a blonde wig. She looks out the window at what appears to be a nondescript protest forming in the streets; people marching, holding signs that read, “love” and "peace." Jenner, who has left the shoot to join the protest, breaks ranks and marches towards the line of police officers. She walks up to an officer in what looks reminiscent of the "Taking A Stand in Baton Rouge," moment and hands a Pepsi to the officer. 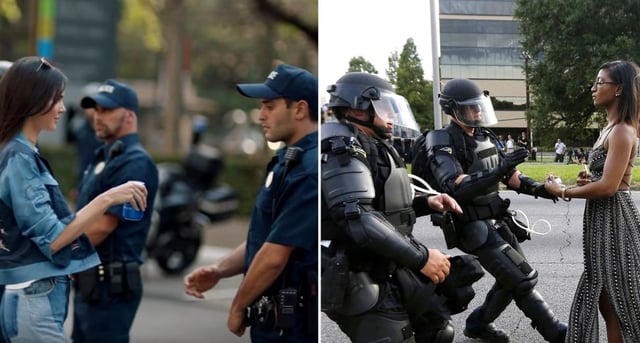 Despite the data suggesting Pepsi's target audience enjoyed social activism and the Kardashians, the video missed the mark. People hated it. Twitter erupted with comments of people criticizing the brand for commercializing a movement and trivializing the injustice. People could smell the inauthenticity of the attempt and quickly turned against the brand. Stock prices dropped by 4%, and the video was taken down after 24 hours.

The lesson we should be learning from these campaigns is that your position must be authentic. It should be something your target audience cares about and your brand's efforts must make a difference to the movement. This can feel scary, given the controversial nature of the prior examples, but authentically embracing a cause doesn't have to be controversial. 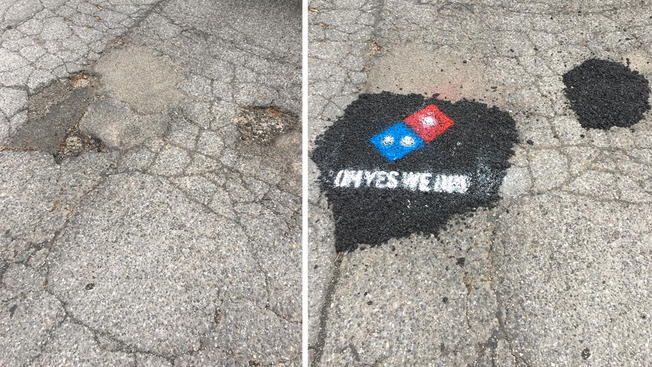 Dominos, for example, launched a campaign called "Paving for Pizza." It was a movement to fix something that everyone hates: potholes. The way it works is that consumers nominate their ZIP code for a chance to have their potholes repaired. Dominos is taking action on something their consumers hate but isn't controversial. No one rallies for more potholes, but people do lobby their city to repair certain stretches of roads. Picking an issue that only has one side can be a great way to execute a CSR campaign that is authentic.

With megabanks constantly making headlines for criminal behavior or egregiously taking advantage of their customers, there is no better time or way to distinguish your brand than with a CSR campaign.

Community banks and credit unions have the reputation of being community partners. You contribute to local non-profits, sponsor local sports teams, and have a presence at neighborhood events. In fact, you do it so often that it fails to garner media attention. It's not a campaign, it's just part of your DNA.

It's not a big leap to translating that community and customer service goodwill into social responsibility outreach.

So, how can you find opportunities to make a difference?

Look at What People Need

Step back and look at the big picture. Yes, there are an endless number of ways to get involved in your community, so where does one start?

The answer: your customer base. Focus on your them and what they need on a small scale and build from there.

Next, look for harmful or damaging things your institution could stop doing. For example, do your branches generate a lot of paper waste? Garbage? Perhaps you could consider going digital, or you could sponsor a stretch of highway in your community to ensure it's always free of trash.

Focus on Your Team

Sometimes the source of greatest inspiration can come from within your own team. Are you aware of the volunteer efforts of your employees? Are your locations all supporting different causes? Find out what matters to your people and then empower them to make a difference by finding ways to give them one paid day every quarter to volunteer at the charity of their choice.

What are the one-sided issues in your area? Every abandoned building, under-funded non-profit, neglected park, graffitied wall, or dangerous sidewalk represents an opportunity to solve a problem in your community in an authentic way.

Looking for a little inspiration? Look no further than Kasasa podcast, Thinking Outside the Vault, where we provide even more actionable ideas for CSR campaigns.

And The Winner Is: ORB Marketing

Single-Channel vs Multi-Channel Marketing: The Numbers Are In