State of Social Media in Banking

Through a Kasasa client survey regarding social media, we found some interesting trends among community financial institutions (CFIs). We asked participants about their experiences with social media, including overall usage, goals, where they’ve seen success, and the hurdles they’ve faced.

See what your peers had to say about social media in banking.

To get an initial pulse check, we asked what perceived value social media brings to financial institutions. 90% of respondents said social media has the potential to bring “Good” or “Excellent” value, commenting that:

Here’s more of what we learned from the 73 respondents to this survey.

Social media is for branding… and a whole lot more

Not surprisingly, most respondents use social media to strengthen branding and drive website traffic, but they also want to improve customer service and help with sales. To achieve these objectives, they’re focusing on a range of topics to varying degrees.

CFIs are using social media more than ever

With 65% of American adults using social networking sites, it’s no surprise that community financial institutions are also starting to embrace this technology. Mirroring trends in popularity, most say they focus their efforts on Facebook, followed by Twitter, and LinkedIn — with 70% of respondents claiming to be active at least once a week, if not every day. 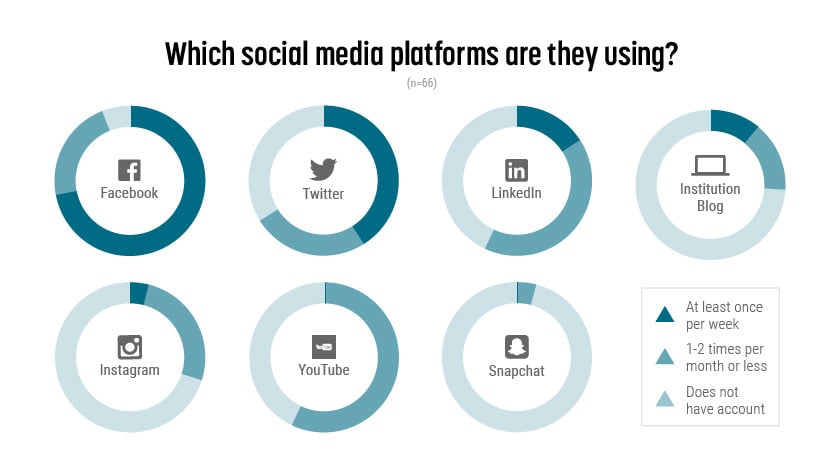 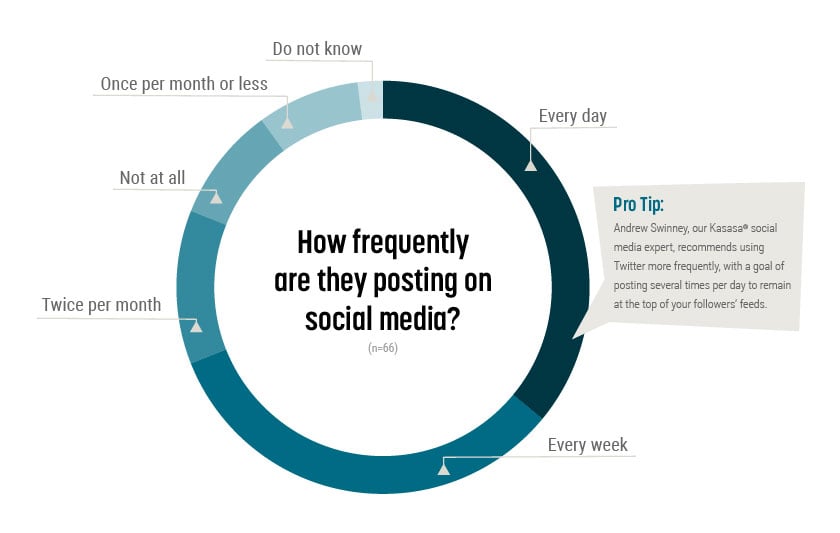 An overwhelming majority of respondents reported utilizing in-house staff to handle the day-to-day execution of content; for context, in 2015, Salesforce found that 66% of companies they surveyed have a dedicated social media team.

In terms of budget, three-quarters of respondents spend less than 5% of their annual marketing budget on social media, with the majority of that money directed toward Facebook, with YouTube and Twitter coming in a distant second and third.

The number one challenge: lack of staff

Overall, a lot of patterns emerged from this KEE study. Respondents recognize the importance of using social media to further engage consumers and share in some struggles surrounding staff and budget.

Even though social media can pose obstacles, it’s a very cost effective channel that when applied correctly, can serve to expand your reach and supplement your objectives. It’s also important to keep in mind that the challenges you’re facing are far from unique to you. So don’t give up - keep posting!

A new google ads change every financial marketer should know