Gig Economy Banking: 3 Ways to Win Over the Freelance Workforce

Uber driver. Freelance writer. Airbnb host. The ways to create an income (sometimes viable, sometimes not) in today’s economy are so vast that it’s led to its own name: gig economy. With more than one third — or 57 million — of U.S. workers participating in some way, you can bet that at least a few of them are your current or potential account holders.

The term “gig economy” was coined a decade ago when the number of workers turning the nine to five into whenever and the office into a digital buffet of income opportunities started growing. It can refer to temps, consultants, independent contractors, freelancers, and project-based hirees — basically anyone who’s got a “side hustle”. Income and banking needs go hand in hand, and for all the flexibility this type of work provides, it comes with its own set of financial challenges. That’s why the gig economy presents an opportunity for bankers to rethink their product offerings and marketing to appeal specifically to these consumers.

Gig economy workers are a virtually untapped market for community financial institutions, but one that you should pay attention to. Especially since the freelance sector is growing three times faster than the rest of the workforce. While several apps have been created to facilitate better banking experiences for these individuals and online-only banks have gotten into the conversation (more on that later), their efforts have been met with mixed reactions. And with megabanks slow to adapt, appealing to these consumers is a solid strategy to help community financial institutions take back market share.

Who are the gig economy workers?

With app-based platforms behind a lot of the gig economy trend and studies that have shown just how much Millennials value flexibility and freedom, you might think that younger generations are the largest segment of this workforce. Not quite.

According to the Boston Herald, Baby Boomers raked in the most money and performed more work than any other generation on Wonolo, a site that helps companies find short-term workers.

This news isn’t all that counterintuitive when you think about the fact that many Boomers aren’t yet retirement ready due to longer lifespans, declining pensions, and shaky social security. With that being said, Millennials, Gen X, and even Gen Z are still important members of the gig economy.

Also, it’s important to note that being a gig economy worker isn’t itself indicative of income level. Babysitters, rideshare drivers, or food deliverers may make meager wages, but gig economy can also refer to high-price consultants and contractors.

What are the banking challenges of the freelance workforce?

If gig economy workers range in age and income level, there has to be a place they all intersect — a place where you can appeal to this cohort as a whole. So what is this commonality? Their financial challenges. Unlike members of the traditional workforce that have a steady income, paid time off, and benefits, freelancer finances tend to be much more unstable.

Here are just some of the financial challenges freelance workers face:

If you can position yourself as a financial partner — and provide real solutions to these problems — you’ll be well on your way to winning over these consumers. After all, neo banks have already recognized the value of this sector and created product suites to tap into it...

The neos have “solutions” — but are they enough? 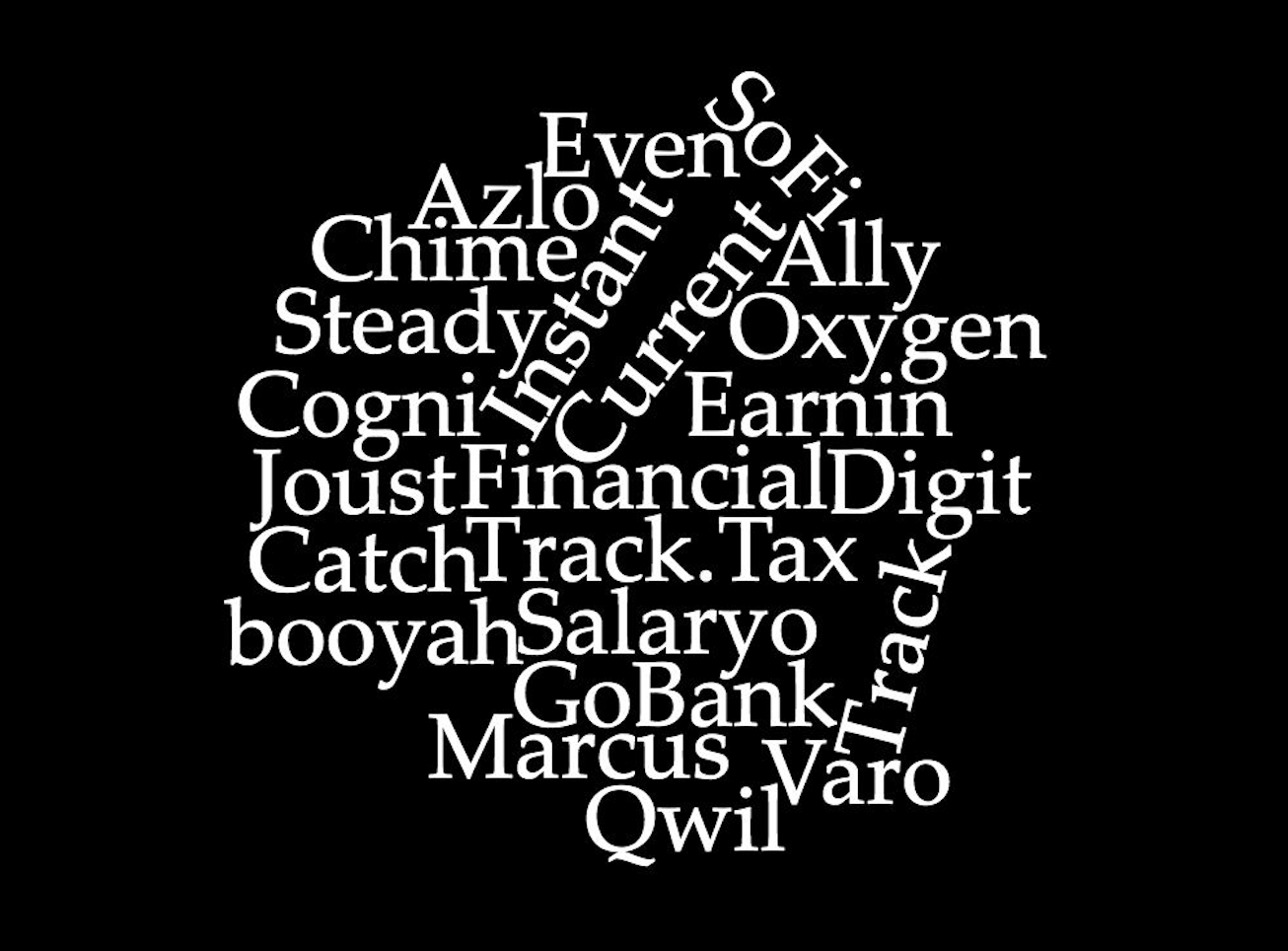 Above are some of the neo banks that have positioned themselves as the answers to freelancers’ prayers. With products like automatic savings accounts, checking with slightly enhanced overdraft protection, and gussied up payday loans, it can be argued that these digital banks aren’t reinventing the wheel — or providing much new value for consumers.

According to Wired, “[Neo banks’] come-on is that they’re super-convenient, all-digital, mobile alternatives to the big banks. Better yet, they’re focused on their customers’ ‘financial health.’” However, the article argues that while many Americans, gig worker or not, are still living paycheck to paycheck, these neos do nothing more than “slap a slick veneer of tech over basic banking services, push the...paycheck cycle up by a couple of days, offer some basic budgeting tools, and call it a revolution in consumer banking[.]”

Still, with millions of consumers flocking to them, neo banks are doing something right by appealing to a massive audience that no doubt includes the gig economy workforce. So, why not beat them at their own game?

Three ways you can win over gig economy workers

Whether a gig worker makes a lot or a little, one thing is true: they’ll most likely experience a lapse in paychecks at some point. Offering solutions that provide these consumers with peace of mind and financial assistance during these scary times is a must.

As the only loan on the market featuring Take-Backs™, the Kasasa Loan® allows consumers to pay ahead on their auto or personal loan and later access that money if they need it. It provides an ongoing solution for gig workers who have fluctuating incomes, rather than a one-time band-aid. Take that, neo payday loans.

PNC has recognized the possibilities in gig economy banking too and is beta testing a new digital-only checking account, called indi, that offers automatic savings from direct deposit and the ability to see transactions in real-time.

You probably know your message travels further when you’re talking to a specific person. If you’re already using customer segmentation in your marketing (or working with a partner who provides it for you), add gig economy workers to the list. Think about the needs of this segment and tailor your messaging directly to them.

3. Be a financial partner.

From 1099 tax help to retirement planning, gig economy workers need a true financial partner — a relationship that goes beyond providing basic accounts and services. Taking a proactive approach to your relationships (for current and prospective account holders) is the best way to provide a level of service that goes beyond what these consumers can find at other financial institutions.

“With no (or very few) established banks and credit unions going after [gig economy workers], no institution thinks it's losing any business among that segment, and therefore, ignores the segment as a strategic opportunity.” –Forbes

Don’t miss out on the opportunities the gig economy provides. As a community financial institution, this is your chance to take back market share by reaching an untapped market of consumers and offer innovative solutions for these consumers’ unique needs.

Life after COVID: 4 possibilities and 5 tactics every institution should know

Stay the course: Prepare to pivot

The economic waves of 2020: Here's how financial institutions and consumers responded