Co-opetition: It’s How The World Works 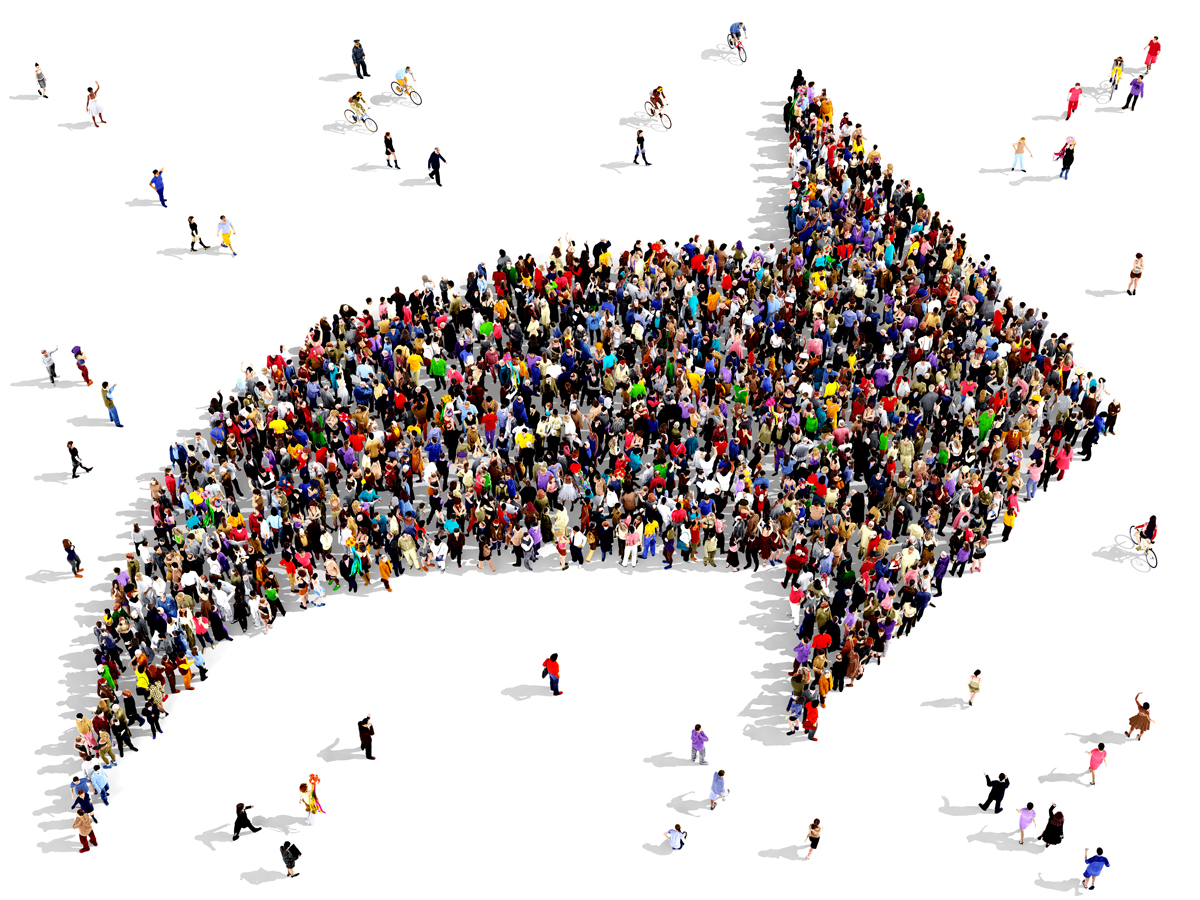 In most people’s brains, “survival of the fittest” is all about competition. Only problem is, that thinking is flawed. Animals, nations, and market-leading companies all share the same path to winning, co-opetition — a healthy balance of fragmented, would-be competitors working together for a shared goal (often against a larger common enemy).

I think we’d all agree that human beings are Earth’s dominant species. But in a head-to-head fight no human can beat a lion or wrestle a grizzly to the ground. Yet, as a species, we’re on top of the food chain. How? Simple, the strength of the tribe. Our ancestors were not about one human shoving another in front of the grizzly to save himself; it was about working together to beat the larger, common threat. It’s co-opetition, and it’s in our DNA.

Our nation was founded on co-opetition. I think it’s safe to say the original 13 colonies had pretty divergent priorities and ways of life. Despite these differences, and despite the potential for internal competition and conflict, they united to take on and prevail over the biggest, baddest military force on the planet. Fast forward to WWII. FDR and Stalin weren’t friends, their nations already opponents jockeying against each other. Yet they worked together to prevail over their mutual and more pressing foe, Hitler.

I believe in the free market. I believe competition between companies lowers costs and increases value to the consumer. But to ignore the role of co-opetition in the economy is to be blind to one of the most powerful ways smaller companies can win in the marketplace. Examples are everywhere you look.

Austin’s famous 6th Street has well over 100 restaurants and nightclubs in a couple blocks. Why would an establishment join this cluster instead of spreading out in an attempt to “own” some neighborhood for itself? Well, those clubs know by clustering they make 6th Street a destination and they collectively earn more business. Ditto for car dealers, gas stations, and the food court in your favorite mall.

Local retailers want to offer brands consumers want. If a jeweler offers Rolex watches, the brand value of Rolex complements the brand image of the jeweler. You’ll find multiple jewelers in the same city listed on the same Rolex billboard. These jewelers obviously compete with one another, but they’re also working together to attract an overall larger market to divide. They know by getting more people to buy Rolexes instead of Omegas or Breitlings, they all can win.

Likewise, the financial product brand Kasasa was built on the natural law of co-opetition. Our mission is to help community banks and credit unions win the war against their megabank competition. Community banks and credit unions had about 70% market share in the mid-1990s. Today, they’re down to around 30%. The megas are growing like crazy despite providing horrendous service and playing a starring role in a worldwide recession. Clearly a community bank should not view the small credit union across town as their primary competition. Why fight over 30% of the market share, when the smaller competitors can collectively fight to take back the megabanks’ 70%?

BancVue has spent a lot of time and money on consumer research and found the vast majority of consumers know community banks and credit unions provide much better service. But they don’t bank there because they either (a) don’t believe small banks and credit unions have high quality products, or (b) never really even notice them or their marketing.

Kasasa helps solve both of these problems. Kasasa products are hands down better than what a consumer could find at any megabank. And by pooling the collective marketing power of many community financial institutions, we can give award-winning marketing power to smaller banks and credit unions that really gets them noticed.

There are 210 financial institutions flying the Kasasa flag today. It’s the power of co-opetition between these community banks and credit unions that makes them, and Kasasa, so strong. Individually, their voice cannot be heard over the megabank roar. But collectively, these Kasasa institutions are not only heard, they’re being believed. A cohesive, premium national brand inherently gives consumers this reason to believe. It works for tissues, coffee, salt, shoes…and banking. It’s how the megas became megas in the first place.

Combined, these Kasasa banks and credit unions represent the 11th largest branch network in the country. And they’re gaining the ability to wield the power that comes with that scale. Better still, the number of participating institutions grew 43% last year and is going to grow even faster in 2014.

The momentum has begun.

We encourage you to join our fight to change the way Americans bank. No longer should people have to choose between great service or the perceived-to-be-superior products of the megas. You can get both from any nearby community bank or credit union that carries the Kasasa product line.

Be a primary financial institution: 7 ways to win consumers for good