There is the classic banking rule of 3-6-3. Give 3% interest on your deposits, lend at 6%, and be on the golf course by 3. This tongue-in-cheek rule is funny in part because it isn’t too far from the truth. For decades financial institutions have ensured profitability by following the simple model of maintaining the delta. This resulted in a consistent, if not stagnant, industry.

Our industry today looks much different. It’s impossible to ignore the headlines pontificating doom by a FinTech firm reinventing banking or to not be bombarded by marketing messages promoting the latest novelty from a megabank. And yet, how has this impacted you at home? 3-6-3 is still working… right?

The Misunderstood Threat Of Innovation

Even some of the biggest companies have misunderstood innovation. Their stories become classic examples of why we must embrace new technology, but as all the failed startups can attest to, summarizing their failure in such a simple way is missing the real lesson.

In 2000, Blockbuster was the dominant name in video rentals. At its peak, they had over 9,000 retail locations across the U.S. (Wells Fargo, with the biggest branch network, only has 6,314). One day, the executive of a small disruptive startup would sit in front of the Blockbuster board and pitch a partnership. It was Reed Hastings, the creator of Netflix, and he wanted to sell his business to Blockbuster for $50 million dollars. That might sound like a lot, but that same year Blockbuster would take in $800 million dollars in late fees alone.

We all know that Blockbuster didn’t make the deal. In fact, Netflix was dismissed as a “small niche business.” It’s easy to look back now and laugh at how bad of a choice this was, but remember that this was a massively successful business that employed the best and brightest (many of which either had or would later head other successful companies). So, what happened?

Blockbuster would experiment with models similar to Redbox and Netflix, but by the time they started, it was too late. Our CEO, Gabe Krajicek, one asked a former Blockbuster about the internal conversations at Blockbuster during this time, her response was “We were aware of the threat and we tried out different ideas, but we didn’t want to take the leap with both feet because those models were unproven and we were making money hand-over-fist. We thought we had more time.”

In 1975 a Kodak engineer named Steve Sasson invented the digital camera. His invention wasn’t the device you picture today. It was a bulky, eight-pound device that was only capable of producing 0.01-megapixel images. At the time, he guessed it would take between 15 to 20 years for the technology to become viable.

The corporate response to Steve’s invention was “that’s cute -- but don’t tell anyone about it.”

Only 6 years later, in 1981, Sony would release their first electronic camera. This sooner-than-anticipated arrival prompted Kodak’s Head of Marketing Intelligence, Vince Barabba, to perform extensive research. He studied the core technologies and researched adoption curves. In the end, his conclusion was that digital photography did have the capability to replace Kodak’s established business, but that they had 10 years to make the transition.

Over the next 10 years, Kodak would flirt with shifting their core business to digital technologies. They invented the first megapixel camera, broke into the film industry with the Advantix Preview, and even considered hiring Phil Samper, an executive with a reputation for a deep appreciation of digital technologies (who would later become CEO of Sun Microsystems). Time and time again, Kodak would take the position that they were a film and photographic chemical company. They continued to struggle and eventually filed for bankruptcy in 2011.

The Smart Response To Disruption

The stories of Netflix and Kodak reveal that these companies weren’t blind to the changes taking place around them. They knew a change was coming, but they thought they had more time to respond. They wanted to focus on their traditional revenue stream instead of taking the leap. But what happens when a company chooses to chase innovation?

At their peak, Kodak controlled 80% of the market share and Fujifilm only had 17%. Both companies faced the potential disruption of the digital photography market. As we just learned, Kodak opted to focus on their core business model, but Fujifilm reexamined their core.

Fujifilm recognized that it was an imaging and information technology company. They leveraged their expertise to create new technologies like the first x-ray imaging diagnostic machine. This would evolve into a $3.8 billion segment. 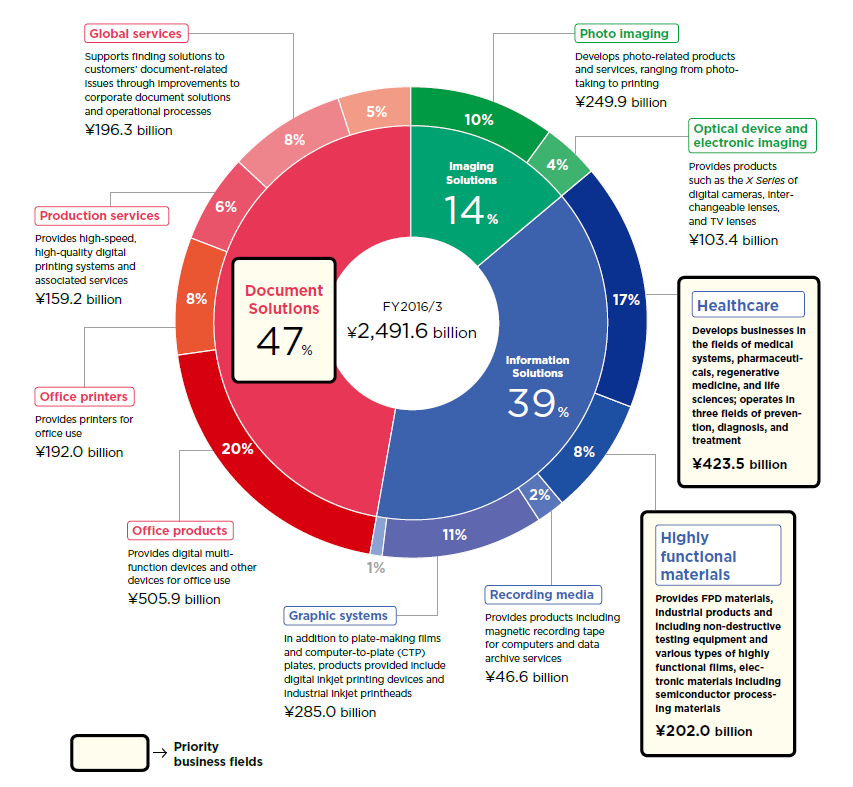 After seeing the changes in their industry, Fujifilm looked at how disruption would impact their revenue sources. They asked themselves where new opportunities existed or where they could leverage their expertise to disrupt other industries. Today, Fujifilm has a market cap of $16.272B.

Disruption in our industry has happened. It started in 1995. Like Kodak and Blockbuster, CFIs have held on to their core business of 3-6-3 instead of examining how they can respond to changes in the industry and consumer preferences. If the stories of those failed giants can teach us anything, it should be that risk doesn’t lay in trying new things, risk comes from sticking to the traditional despite the warnings. Will you be Kodak or Fujifilm?

Megabanks have billions of dollars invested in research and development as they pursue technologies like AI, machine learning, mobile banking, and digital experiences. It’s impossible to outspend them and many community financial institutions don’t have the human resources to begin the development of these projects. That doesn’t mean they are out of reach for you. CFIs can leverage partnerships with FinTech firms to augment their offerings at a fraction of the cost, time, and risk of developing the technologies alone. Kasasa offers the products and technologies CFIs need to stay competitive in a disruptive landscape and we remove the risk with our profitability guarantee. To learn more about how we can help you innovate, schedule a consultation here.

5 Lessons Learned From The 2008 Crisis

Don’t Stop Marketing Now: Your Marketing Matters More Than Ever

Single-Channel vs Multi-Channel Marketing: The Numbers Are In