Why did banks wipe out a decade of earnings? And where did it go? 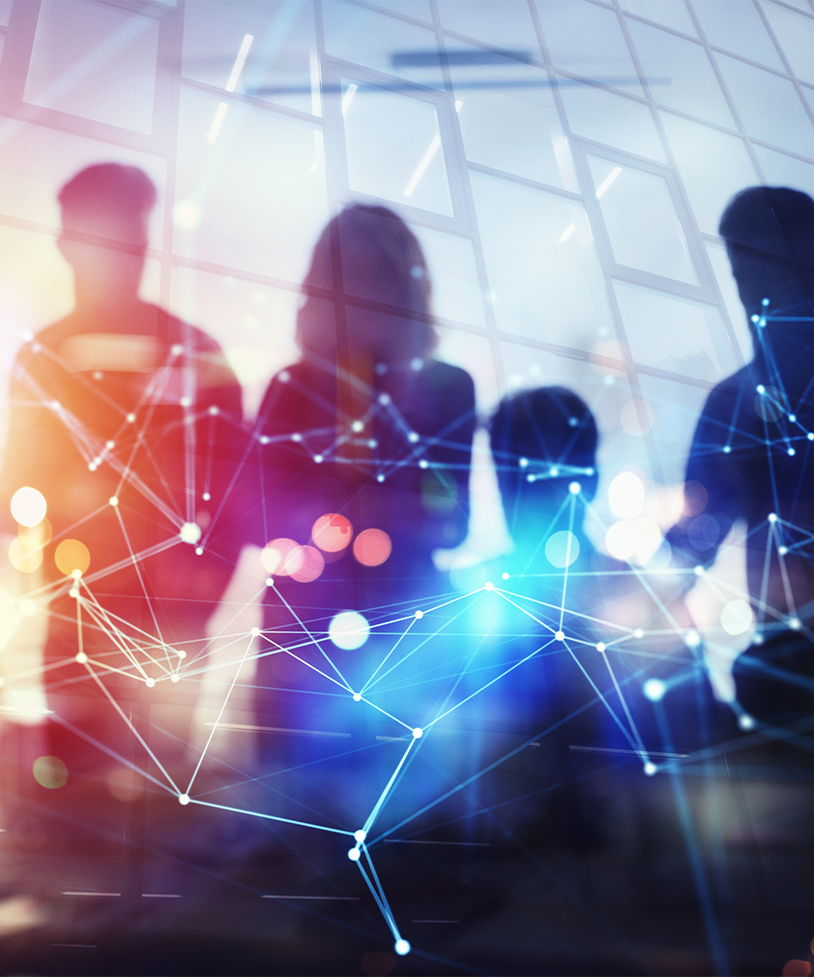 Why did banks wipe out a decade of earnings? And where did it go?

On the face of it, a claim about massive bank losses due to the coronavirus pandemic might sound alarming and believable. The full story is more complex. 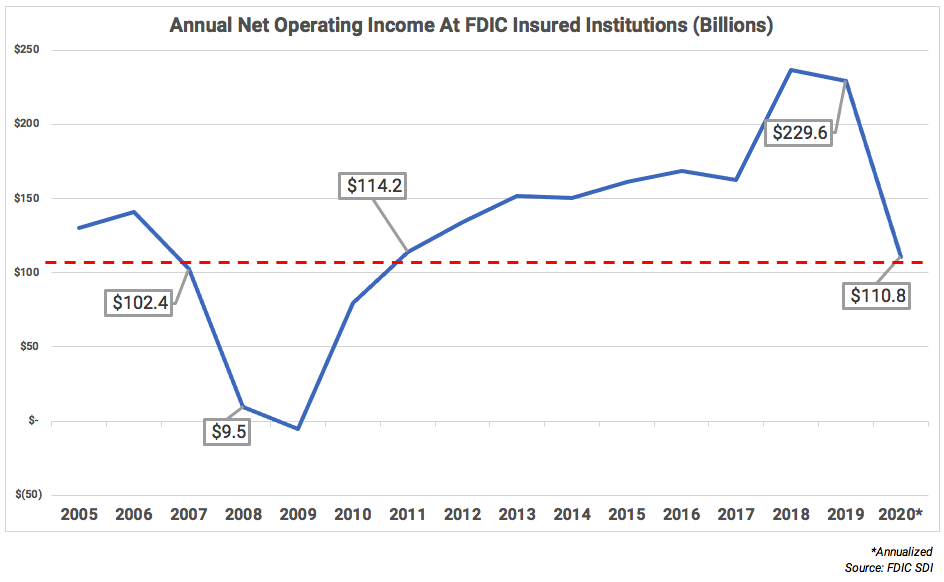 However, that drop in earnings wasn’t shared across the entire industry: the largest banks were responsible for 92% of the decline in earnings, shedding more than $110 billion. Look closer and you’ll discover these dollars didn’t disappear from balance sheets.

What caused this and where did the money go?

While the decline in earnings and increase in provisions certainly make profitability look weak, the money isn’t all gone, of course. The provisions funneled over to the balance sheet in the form of the banks’ allowance for loan losses. Now, when the banks incur charge-offs in their loan portfolio, the earnings loss will be final. What remains to be seen is how much of the increase in provisions will be needed to cover losses.

Currently, charge-offs across the industry are flat. The banks with more than $10 billion in assets recorded $47 billion in charge-offs in the nine months ending September 30, 2020. That figure was “only” a $4.4 billion increase from the same time period in 2019; that’s roughly a 10% increase. 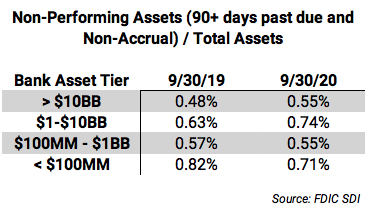 For now, it seems like the largest institutions are preparing for the worst more than they are experiencing it. “We don’t expect to see a meaningful increase in net charge-offs to mid next year, and we expect that the reserve builds are behind us,” Bank of America Chief Executive Officer, Brian Moynihan, said in a post-earnings conference call in October 2020, according to Reuters.

Reuters also quoted Bank of America Chief Financial Officer, Paul Donofrio, on the same call as saying, “Our decision to add less to our credit reserves this quarter (referring to Q3 of 2020) than in the two previous quarters was largely based on an improving economy relative to 90 days ago.”

While charge-offs, non-performing assets, and other key economic indicators will continue to be monitored, it does seem possible that stimulus packages have, at least so far, delayed an immediate impact on bank asset quality. And thus 9 years of earnings are merely set aside for the rainy day. Now we watch and wait: the economic clouds haven’t blown away completely, and heavy rainfall could still wash away provisions no matter the size of the bank.